Seth Beauman can’t sleep. He stays up late, calling strangers from his phonebook, hoping to make a connection, while his wife, Maeve, sleeps upstairs. A crossed wire finds a suicidal Hadley Serf on the phone to Seth, thinking she is talking to The Samaritans

And someone is watching…

Dark, sexy, dangerous and wildly readable, Good Samaritans marks the scorching return of one of crime fiction’s most exceptional voices.

‘Sick … in the best possible way. Will Carver delivers a delicious slice of noir that will have you reeling’ Michael J. Malone 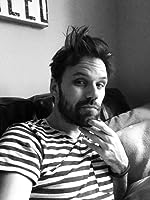 Will Carver is the international bestselling author of the January David series (Arrow). He spent his early years in Germany, but returned to the UK at age 11, when his sporting career took off. He turned down a professional rugby contract to study theatre and television at King Alfred’s, Winchester, where he set up a successful theatre company. He currently runs his own fitness and nutrition company, while working on his next thriller. He lives in Reading with his two children.

I’m Will Carver. And I write fiction.

I want to tell you the truth about making things up. But, in order to do that, I’m going to have to make up some truths.

The majority of people who will (or have) read GOOD SAMARITANS don’t know who I am. Well, they may have read my other books but they don’t have my mobile number, they don’t WhatsApp me to see if I’m free for a beer. So they tend to read the book and think, ‘How did he come up with this stuff? Is he sick, or what?’

And then they find me on social media and ask, ‘How do you come up with this stuff? Are you sick, or what?’

Then there are the people who do know me or are related to me or go to the same gym or see me at the coffee shop all the time and they do something like this:

– That woman is your mum, you can tell.

– Your ex ain’t gonna be happy when she reads this.

– Who was it that had sex like that, then?

And I say, ‘It’s not my mum, my ex, my mate, your boss, that woman who is always rude on customer services at Waitrose. It’s fiction.’

And they never believe me.

And I could be lying for a number of reasons.

– It’s none of their business.

– I don’t know anybody called Sven.

– Every character is based on somebody that I know. (Though I’m pretty sure you’re not allowed to do that, right?)

– The person who has sex like that is their wife/mum/sister. (Especially Sven’s sister.)

But the truth of the lie is simple.

It’s not them, it’s me. I’m all of those characters.

It’s not wrong for an actor, who has studied The Method, to draw on their own experiences to give more realism to their role. I don’t sleep much. I’ve had insomnia for twenty years. It’s horrific at times. Those crappy TV shows that Maeve makes Seth watch, it’s not me being Seth and getting annoyed, I’m Maeve. I love some really awful stuff. Ever seen America’s Next Top Model? I have. All of them. And I think they’re fierce.

Hadley’s drunken promiscuity? Also me, but a long time ago.

The little rant about two thirds in regarding social media? Definitely me.

Or maybe, just maybe, I made it all up.

And maybe all of this is fiction.

Advice to readers: Keep doing what you’re doing. Imagine who you want in the various roles of the stories you read. Enjoy reading, however you like. Just don’t ask a writer if any of the characters are real people. Because they’re not. Probably.

Advice to writers: Make it up. Invent.

But, if you have to borrow from real people – which you shouldn’t because I’m still a little hazy over whether you can do this or not – here are two tips…

1 – Pick something you like or love about the real person and make it something that you hate about the character. Then let that idea fester in your mind for a while. It will make the character and real life a little more interesting.

2 – Do the opposite of that. Find the absolute worst in that person. If you have a dick of a boss and you are writing a character that is a dick of a boss, don’t hold back. Chances are, they don’t realise they are a dick. Or a narcissist. But don’t neglect to mention the conquests he’s boasted about having behind his wife’s back or the way that he sexually harasses the younger members in the marketing team. Because, that way, he is never going to challenge you on it. ‘Wait there! I used to work with that person and I’m a limp-dicked sexual predator…’ Never gonna happen.

So, read how you want to read. Write what you want to write. And ignore writing tips. Especially mine.

And remember that writers make things up for a living so it’s difficult to ever really know if anything you are being told is the truth.

Thank to the publisher for my free copy of the book, given in exchange for participation in the book blog tour and for an honest review.