When a factory girl and a Jewish businessman fall in love it seems that the whole world is against them.

Manchester, 1939. On the eve of war Gracie Earnshaw is working in Rosenberg’s Raincoat factory – a job she hates – but her life is about to be turned upside down when she falls in love with Jacob, the boss’s charismatic nephew.

Through Jacob, with his ambitions to be a writer, Gracie glimpses another world: theatre, music and prejudice. But their forbidden romance is cut short when Jacob is arrested and tragedy unfolds.

Gracie struggles with heartbreak, danger and old family secrets, but the love of her first sweetheart comes back to her in an unexpected way giving her the chance of a new life and happiness.

‘Alice in Wonderland’ fascinated me and to be honest frightened me a little. Falling down the rabbit hole and all that ‘Drink Me’ and ‘Eat Me’, shrinking and growing, not to mention the queen and ‘Off with her head’ threats. 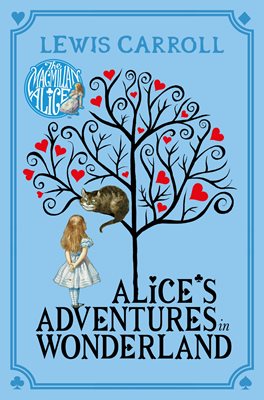 I first read ‘Jane Eyre’ in my teens and I can remember being totally absorbed by it. The injustice of her early life angered me, but she was so strong and never gave up. It was one of the first romance stories I read.

My previous three books were set in WW2 Belfast where I grew up, but I decided to set the new book ‘The Girl in the Pink Raincoat’ in WW2 Manchester where I have lived for most of my adult life. The cities are similar in that both were crucial to the war effort and suffered in the blitz.

Gracie, the main character came to me fully-formed: a factory girl, full of fun, and a born story-teller. As the book goes on, her strength, resilience and courage is tested. In creating the characters of the three men she encounters, I wanted to make them complex individuals. Indeed, there were times when neither Gracie nor I could determine whether or not to trust them.

Absolutely. Sometimes I’m walking beside them, watching them, listening to them and the story just flows. More often than not, I’m inside their heads trying to understand their emotions. Then there are the dramatic scenes I’ve planned, especially involving Gracie, and I find myself telling her, ‘Come on we can do this!’

I enjoy researching a new book, especially when I come across something so surprising that it immediately shapes the story I want to write. It happened with ‘The Girl in the Pink Raincoat’ when I found an account about enemy aliens, mainly German and Italians, being interned. An even bigger surprise was that fact that the internment camp, in a disused cotton mill, was five minutes’ drive from where I live.

I loved The Watch House by Bernie McGill, set on a remote island in the north of Ireland in the dying years of the nineteenth century. It tells the story of a young married woman who becomes involved with the Marconi engineers sent to conduct experiments in the use of wireless technology. It’s beautifully written and blends romance with historical events. 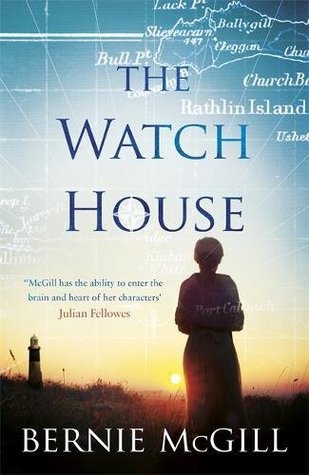 It would have to be a romantic song, maybe expressing separation and longing to be together. Gracie dances with Jacob for the first time to the song, ‘Dream a Little Dream of Me’ so that would be a good choice.

I read a range of genres, as long as they are well written, with interesting plots and complex characters.

My first books were a trilogy following one family right through the war. I’m now writing standalone books set in WW2. Which do you prefer?

I’m working on another WW2 family saga/historical romance set in Manchester. It focuses on a young married woman who has led a sheltered life, but when her husband is killed in the blitz she has to face both grief and the need to earn her living. Circumstances lead her to join the police where she comes into contact with the harsh reality of life for women and her own longing to fall in love again.

I received this copy from the publisher HOZ in exchange for an honest review. I was not compensated nor was I required to write a positive review.

@_the_book_club__ Sky Seed by Bill McGuire ⭐️⭐️⭐️
@felicitys_reading_corner 📚Review📚
@lost_in_a_book_erin 💫LOVE BOOKS TOUR 💫
@boots_andbooks Today is my turn on the tour for Aspen by @t.k.lucaith_romance_author
@petridish1995 🌹𝗦𝗲𝗾𝘂𝗲𝗹 𝗕𝗼𝗼𝗸 𝗧𝗼𝘂𝗿 🌹
@melissarosereads Book Review -⚜️Gild by Raven Kennedy ⚜️
@ruthch1 ⭐⭐⭐⭐ This was another fabulous read from @lovebookstours and @ruth_torjussen and want to say thanks for my #gifted copy!
@readingbooks_itsafamilything Book review - Friends and Neighbours by Ruth Toyussen ⭐️⭐️⭐️⭐️⭐️
@bianca_reads_books Today is my (super late in the day - sorry guys!) Spot on the #friendsandneighbours #lovebookstours. Thanks to LBT and @ruth_torjussen for my #gifted copy in return for an honest review.
@the_lone_read Today is my spot on the @lovebookstours #booktour for Friends and Neighbours by @ruth_torjussen - thanks so much for my copy.