How can mere women resist the misogyny of men?

A resentful peasant rages against a woman’s efforts to build up her flock of sheep… A husband, grown melancholy and ill-tempered, succumbs to idle talk that his wife’s a scold… A priest, fearful of women’s “unnatural” power, determines to keep them in their place.

The devastation wrought two years ago by the Black Death changed the balance of society: more women saw their chance to build a business, learn a trade, to play a greater part. But many men still hold fast to the teachings of the Church and fear the havoc the daughters of Eve might wreak if they’re allowed to usurp men’s roles and gain control over their own lives.

Not all men resist women’s desire for change – indeed, they want it for themselves. Yet it takes only one or two to unleash the hounds of hostility and hatred… 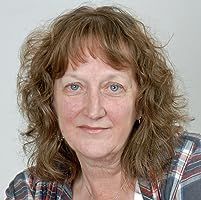 Carolyn Hughes was born in London, but has lived most of her life in Hampshire. After a first degree in Classics and English, she started her working life as a computer programmer, in those days a very new profession. It was fun for a few years, but she left to become a school careers officer in Dorset.

But it was when she discovered technical authoring that she knew she had found her vocation. She spent the next few decades writing and editing all sorts of material, some fascinating, some dull, for a wide variety of clients, including an international hotel group, medical instrument manufacturers and the Government.

She has written creatively for most of her adult life, but it was not until her children grew up and flew the nest, several years ago, that creative writing and, especially, writing historical fiction, took centre stage in her life.

She has a Masters in Creative Writing from Portsmouth University and a PhD from the University of Southampton.

I did do a lot of research while I was writing Fortune’s Wheel. I started from a pretty low base of knowledge about the 14th century, so I had a lot to learn… For example, I needed to know about: the way society was structured; marriage and family life, death and inheritance; day-to-day life – what did it feel like to live in the middle ages; environment – travelling about; agricultural practices; law and justice; illness, plague and medicine; thought, beliefs and concerns; the lives of women as distinct from those of men. Phew! But the reading doesn’t really stop. I do know more about all of those things now, but there’s always something new to discover.

At the Edge of the Orchard, by Tracy Chevalier. A strange book in some ways, with some rather odd characters. But I loved discovering the world of mid-19th century mid-west and gold-rush America. I found the book fascinating and evocative, as well as rather dark and grim. Some reviewers didn’t like the wealth of tree detail (!), but I adore trees and enjoyed hugely reading about the cultivation of Ohio apple trees and Californian sequoias. Recommended!

The Luttrell Psalter, a massive 14th century book of prayers that is lavishly illuminated with images of mediaeval life and of the most extraordinarily bizarre creatures. I have a facsimile of it (it lives in the British Library) and I love it to bits. I couldn’t bear to be parted from it!

The collected works of William Trevor.  But actually such a thing isn’t available, so I’ll have to make do with just one book, The Collected Stories. Trevor has always been one of my favourite writers. He is absolutely brilliant at short-story writing, though I love his novels too.  His characters are typically eccentrics or people living at the margins of society: children, the elderly, single middle-aged men and women, or the unhappily married. His stories have real atmosphere, superb dialogue, and are disturbing, affecting and amusing. The keenness of his eye and ear brought to life some ordinary and yet extraordinary characters. A master!

Thirdly, a book about trees! Woodlands, by Oliver Rackham, gives a fascinating insight into British woodlands, their evolution, their behaviour, the impact man has had on them. I’ve only dipped so far, so the desert island will be the opportunity to really understand trees.

I’ve come to writing or rather publishing, quite late in life. I’ve written creatively on and off all my adult life, but for years work and family were always my main focus, and it wasn’t until the children flew the nest that I realised writing could take centre stage. Even then, although I wrote some short stories, and one and a half contemporary women’s novels, my writing was rather ad hoc, and my tentative attempts to approach agents met only with rejection. Thinking a Masters degree in Creative Writing might help, I enrolled at Portsmouth University. It worked! I wrote the historical novel that is now Fortune’s Wheel. I enjoyed being back at university so much, I then read for a PhD at Southampton University, and the result was another historical novel, as yet unpublished, The Nature of Things. By then, the historical fiction bug had truly bitten me, and I realised there were many more stories to tell about the world I’d created for Fortune’s Wheel, the fictional manor of Meonbridge, and the Meonbridge Chronicles series was born.

I’m going to choose a photo of a magnificent 12th century font in the church of East Meon, in the Meon Valley in Hampshire. There are two stories: the story OF the font, and the story illustrated ON the font.

This is one of only seven such fonts in the country (four of them in Hampshire), and came to East Meon around 1150, a gift from the then Bishop of Winchester. It was carved by the sculptors of Tournai, in present-day Belgium, from hard blue-black marble. It had to be transported across the Channel and along the south coast of England, finishing its journey to East Meon by cart. The font lost its original lead lining in the Civil War period, when – horror of horrors! – it was allegedly used to make bullets. Anyway, it’s rather extraordinary to ponder on how very many children have been baptised here over the past 850 years!

The carvings on the four sides of the font are illustrations from the opening chapters of Genesis, together with birds and animals, in a Romanesque style. Two sides of the font have images of birds and dragons, floating above a row of pillars. The other two sides show the story of Adam and Eve.

On the opposite side to the one in the photo, God creates Adam, and then creates Eve from Adam’s rib. Eve is tempted by the snake, which looks more like a dragon, and finally she tempts Adam with the apple. On this side, Adam and Eve are being expelled from the Garden of Eden (on the right). Is the angel with the sword barring the miscreants’ way back into Paradise? On the left, an angel is teaching Adam to dig and Eve is busy spinning (what a giant distaff she has!). The carving – 850 years old! – is as crisp as if it had been done yesterday. Extraordinary!

If readers know a little about the Middle Ages, I suppose that might help them dive more easily into the world of rural 14th century Hampshire that I’ve created. On the other hand, I‘d like to think that my novels might engender a fascination for the period, so no prior knowledge is really necessary!