He’s been lying since the 80s – would he kill to keep his secret?

BBC foreign correspondent Paolo Bennett is exiled to a London desk – and the Breakfast sofa – when his friend Mark, a dedicated animal rights activist from his student days, is exposed as a former undercover cop. And Mark’s police handler is lying dead in his garden.

Did the killer get the wrong man? The police can’t decide if Mark’s a suspect or the intended victim. Who doesn’t want to kill him?

Paolo wants the truth – and the story. He chases up new leads and old friends. From benefit gigs and peace protests to Whatsapp groups and mocktail bars, the world has changed, but Mark still seems the same.

Why didn’t Mark return to his old life? Paolo thinks the answer lies in their past. What did he miss?

Is Paolo’s friend a murderer?

She has written for BBC drama Doctors and has had short stories and articles published in various publications and anthologies, including Mslexia and Scotland on Sunday.

She lived in Leeds for a number of years where she worked as a probation officer. She now lives on the Devon coast.

There are so many, but one I reread as an adult and still loved is Charlotte Sometimes by Penelope Farmer. (I have to admit I reread it in part because The Cure wrote an excellent song about it.) 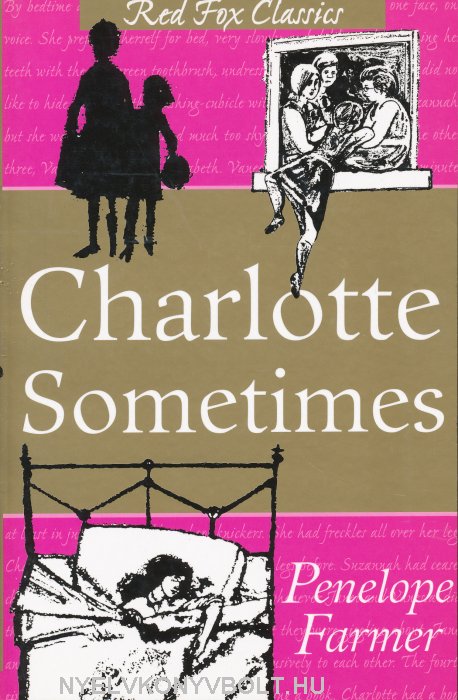 It’s an odd, haunting book. Charlotte is a child in the 1950s who goes to boarding school and wakes up the next morning to find that it is World War One and she has somehow swapped places with a girl called Clare. She has to pretend to be Clare until they swap back again. Then an event occurs and she fears she may have to stay in Clare’s time forever.

The book is written in a way that children can understand but it also asks big questions about identity. Charlotte is new at boarding school, and has to learn how to be that person, but then she has to also learn to be someone else in another time. The person who probably understands her feelings more than anyone – Clare – is the one person she can never meet.

I think we all understand the sense of sadness for a place we cannot return to. In a way we are all trapped in one time, and not able to go back.

They all do! One recent book that really moved me was I Still Dream by James Smythe. It’s about a woman, Laura, who invents a life-changing artificial intelligence system. You first see Laura at 17 and then meet her again at intervals through her life. The book is in part about the relationship between technology and its creator. Laura is a wonderful character who creates something special, but Laura is herself a product of the influences of others. This ongoing circular relationship between creator and creation fascinated me and I kept coming back to it and thinking about what it meant (and now I’m doing it again!)

I’d read a lot about the undercover officers who infiltrated animal rights groups in the eighties. When I was a student I was involved in animal rights campaigning so I found myself thinking, what if someone I knew was actually under cover? It was a good premise for a story and gave me a chance to reminisce about my student days.

I can’t remember when I decided to make my protagonist a journalist. I listen to the BBC World Service a lot so that probably played a part in my decision to make him a foreign correspondent. He has lived all over the world, had a successful career, but is at a difficult point in his life when he learns that his past isn’t what he thought it was. As well as thinking his friend might be responsible for a murder in the present, he has to reassess some of the key events in his past, and decide whether his former friend is still someone he can trust.

Of course! Characters are central to my writing and what drives the story for me. I sometimes think I shouldn’t let them push me around so much, that I should take a more plot-driven approach and make them fall into line. But if the characters don’t have minds of their own, they won’t feel real to me or to the readers.

I’m a keen gardener and we do what we can to encourage wildlife – including having a pond (and not being too tidy!). We know we have frogs because we get a lot of frogspawn every year, but we rarely see them. This one was hiding out under the compost cover and I managed to snap it before it made its escape.

I think gardening is a brilliant complement to writing. It gets you out of your chair and using your body, it means you’re outdoors, it’s creative and it requires patience. And you can never be sure of the outcome – some plants that you lavish love on fail to thrive, while others self-seed and create great combinations you couldn’t have predicted.

That’s a tough one but I’m going to go for The Deepest Grave by Harry Bingham. It’s the sixth in the Fiona Griffiths series but the first I read. I think we want something contradictory from genre fiction, we want it to both follow the conventions and transcend them. Fiona Griffiths is a wonderful and unique character, a police officer who breaks all the rules, and without giving too much away, she has an interesting relationship with the dead! Since reading this book I’ve gone back to the beginning of the series and I love the way the author has a strong framework of police procedure, which his protagonist then gleefully subverts! He also combines humour with some quite dark story lines, which I always enjoy. 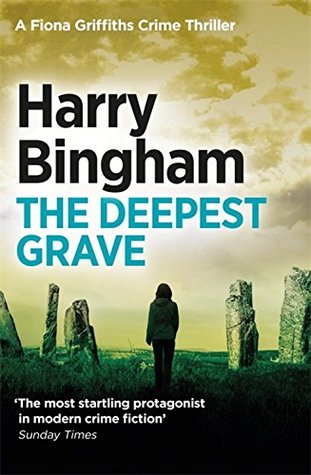 It actually does! It’s named after the song Brand New Friend by Lloyd Cole and the Commotions. The eighties part of the story features a lot of the music that I loved back then. Music gives both a sense of the period and reveals something about the characters and their interests. I chose Brand New Friend for the title partly because of the literal meaning of the words – my protagonist has discovered that his friend isn’t who he thought he was, and has to get to know him again – but also because the song has a powerful sense of melancholy and longing for a lost past.

Yes, I don’t think you can write well in a genre unless you love it. You have to be immersed in its conventions and traditions. Having said that, I don’t only read crime fiction. I like literary fiction and have been reading more speculative/science fiction recently. I also read a fair amount of non-fiction – I have a particular weakness for pop-neuroscience books.

I’m always intrigued when readers see something in my books that I didn’t think I’d put there. It might be that it was in my mind, on an unconscious level, or it might be that something in their experience led them to connect things differently from me. It would be great to be able to delve deep into someone’s thoughts and life and find out why they feel the way they do. It’s not often we get to talk to people in that kind of depth, even close friends and family. That was one of the interesting, but also slightly strange, things about my previous career as a probation officer. I had permission – was required – to ask all kinds of intrusive questions.

I love reading series but until now I hadn’t thought I could write one. It’s tough with crime. because I’ve never fancied writing a police procedural but series characters need to have a legitimate reason for being around a lot of murders (unless it’s a cosy when plausibility is less of an issue). I also needed to find characters who I thought I could stay interested in for the long haul.

After finishing Brand New Friend I had a flash of inspiration and I think I now have my characters and series setting but I don’t want to say more at this early stage!