Can you ever truly know someone? And what if you suspect the unthinkable?

London, five months before 7/7. Georgie, a young woman wary of relationships after previous heartbreak, gives in and agrees to sleep with close friend Julian. She’s shocked when Julian reveals he’s loved her for a long time.

But Georgie can’t resist her attraction to Nikolai, a Russian former soldier she meets in a pub. While Julian struggles to deal with her rejection, Georgie realises how deeply war-time incidents in Chechnya have affected Nikolai. She begins to suspect that the Russian is hiding something terrible from her.

Then London is attacked…

Blind Side explores love and friendship, guilt and betrayal, secrets and obsession. An explosive, debate-provoking thriller that confronts urgent issues of our times and contemplates some of our deepest fears.

My Q&A with Jennie Ensor 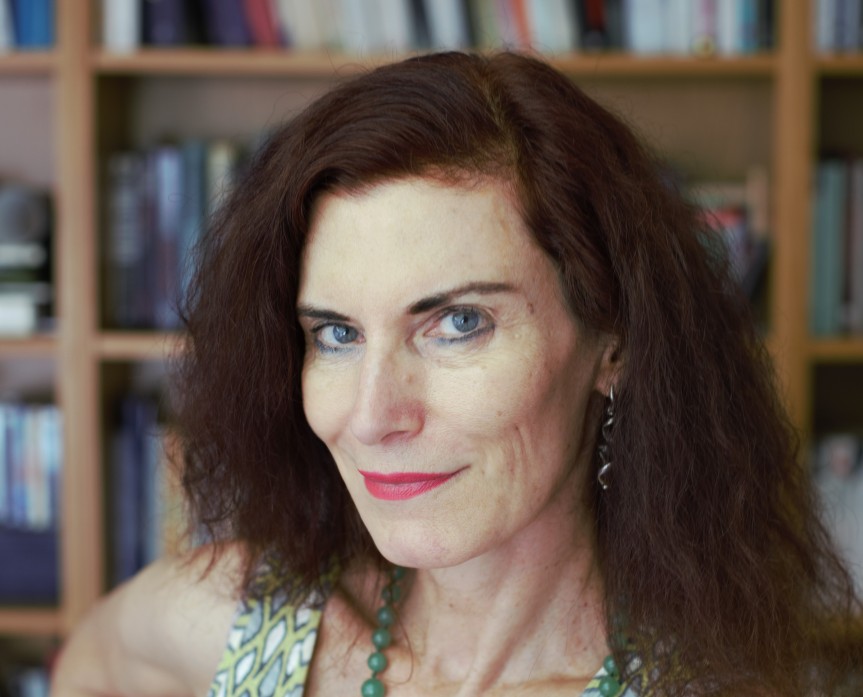 Jennie Ensor is a Londoner descended from a long line of Irish folk. She worked overseas for some years as a freelance journalist, covering topics from forced marriages to accidents in the mining industry. These days Ms E lives in London with her husband and their cuddle-loving, sofa-hogging terrier. When not chasing the dog through local woodland or dreaming of setting off on an unfeasibly long journey with a Kindle full of books, she writes novels, flash fiction and occasionally poetry (published under another name). She is working on her second novel, a dark and unsettling psychological drama.

Please tell my readers a little bit about yourself and your publishing journey.

It took me a long time to get going as a writer. I wondered about writing a novel one day after my English teacher said my writing reminded her of Richard Hughes’ A High Wind in Jamaica. But it seemed a wildly unlikely thing to do, and that stayed a fantasy. After university I travelled widely and worked in all sorts of jobs overseas, not finding anything that really grabbed me till I into journalism as a freelance journalist. My passion was social justice issues, such as forced marriages.

I started writing a novel in my late thirties after returning to live in the UK. (I’d really wanted to find work in journalism here but got only one interview in nearly a year.) Getting published was a long slog. By 2015 I’d written three novels without finding an agent, which had been my goal, so I changed tack and submitted direct to publishers. Within a month or so I had an offer from the independent publisher Unbound, conditional on me crowdfunding the book production costs. Thankfully I managed to do this, though it was one of the biggest challenges I’ve faced. Since then both an e-book and a paperback have been released, and I can at last say I’ve achieved my dream.

What inspired you to write your first novel?

So hard to say, my brain is a murky place at the best of times. With hindsight…

Among other things, Blind Side is about the obsessive side of love and ‘the enemy within’ – whether oneself, another person or a community. It asks to what extent one can every really know anyone else, such as lovers and friends, even if one has known them for a long time. I’ve long been fascinated by people who appear normal on the surface but who have another completely different, secretive and possibly dangerous side to them. In 2005 after I read that the perpetrators of the London suicide attacks were all brought up in Yorkshire, I felt I had to put those events into my novel somehow.

I’ve also been in a few unnerving situations over the years, which have no doubt influenced me. Some involved hurt ex-boyfriends and infatuated friends – also strangers appearing unexpectedly. I was driving up a remote, very twisty road in Australia in my 20s when I noticed a car following mine after I stopped to fill up, which was scary.

What time of day do you like to write?

Ideally, straight after breakfast (anytime from 7-10am as a recovering insomniac) and for as long as it takes with short breaks for a walk/food/cups of tea. I’m a bit obsessive admittedly and love being right ‘in the zone’, unwilling to leave the computer for the loo or a ring at the front door (my office is 3 floors up so I have an excuse) With my first book out I’ve had to pay attention to other stuff lately but I’m looking forward to getting back in the groove again.

What is your favourite book and why?

Currently, it’s All The Light We Cannot See by Anthony Doerr. I’ve been reading more historical fiction lately alongside a fair few psychological thrillers. I love his storytelling and imagination, the poetry of the language – and in places it made me want to weep.

How did you pick the title of your book?

My first was ‘Nikolai’, the second Ghosts Of Chechnya, which my editor wasn’t keen on because it didn’t properly reflect my narrator’s experiences. Finding a third title was hell – it came after putting out various options for votes on Facebook and my blogs, anguished calls to fellow writers and much middle of the night mulling. But ‘Blind Side’ is apt in so many ways… and is conveniently short to type 😊

Are the characters in your book based on real people?

My scarred-by-love narrator Georgie isn’t based on any one person, but some aspects and situations have come from the lives of certain friends who have been heartbroken or burned by love. The traumatised soldier Nikolai came to me fully formed, right down to how he speaks. Julian, who’s secretly in love with Georgie, is a hotchpotch of several people I’ve known.

I use ‘splendid’ a fair bit – I like it’s old-fashioned, uplifting feel.

If you were a colour what would it be?

Deep turquoise, the colour of the sea on a cloudless day.

Do you plan your story beforehand or go with the flow?

Novels – I mull over and make endless outlines of events, but a large chunk has to remain unknown, discovered through the writing process. Short stories – I like to start something with no idea what I’m writing about, just see where it goes.

Who is your favourite Author?

To be honest I’d prefer to have dinner with some of my favourite authors, such as Margaret Atwood, Stephen King and Haruki Murakami.

What book are you reading at the moment?

The Sewing Machine by Natalie Fergie. We share the same publisher and have shared some of our publication experiences too. So it’s interesting to finally read this book (and a pleasure, I hasten to add).

Where in the world is your happy place?

The garden of my husband’s house in France. It’s bliss to relax with a book under a shady tree, listening to the gurgling stream and gazing at the mountains. I finished an early draft of Blind Side there years ago and last summer I made the final edits – also it’s inspired lots of poems.

If you had one superpower what would it be?

If you could give any literary villain a happy ending who would you chose?

Maybe I’m hard-hearted, I can’t think of any villains who didn’t deserve what they got. It implies no redeeming qualities? But out of those initially nasty characters who become more rounded, I might save Will in Me Before You – this book has way too much of a weepy ending!

Are you working on a new project?

My second novel is nearly done and dusted (I can hear a distant chuckle). It’s a dark, disturbing psychological novel, which won’t be for everyone. But it’s something I needed to write.

Do you have any upcoming events our members can attend?

I’m doing a panel event (Real Life: Real Books) in July with two other Unbound authors, Kerensa Jennings and Jesscia Duchen. Katherine Sunderland (aka Bibliomaniacuk) will be asking us questions on the real-life aspects of our books. There will be all sorts of stuff happening on the night including a raffle. Info: https://bibliomaniacuk.blogspot.co.uk/2017/05/real-life-real-books-authorevent-july5th.html

Thank you, Jennie, for being on my blog today, please come back soon.

Blind Side will be on special offer this weekend. Get your copy for only 99p ebook on Amazon UK.

Enjoyed my blog, connect with me here too: